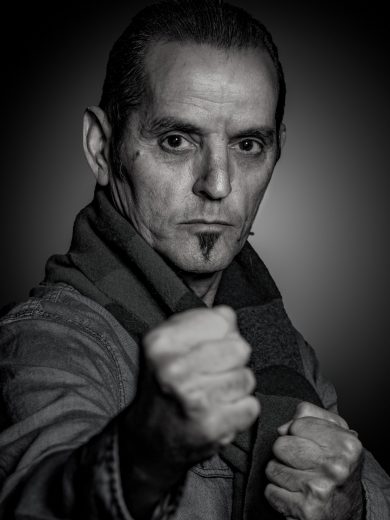 As an experienced expert in the field of stunts & special effects, Juan C. Bofill is not your average Stunts & FX coordinator. With both his skills and training combined in multiple fields, Juan has extensive knowledge that sets him apart from many in the business. With 44 years under his belt in the art of Goju Ryu Karate, Juan is a certified 7th degree black belt whom has traveled the world, competing in many tournaments. Through his years of competing he has become a 3x world re-known martial arts champion. In addition, his studies in other disciplines such as Aikido, Kobudo/weapons, Iaido/swordsmanship, Jui Jitsu and earning a 4th degree black belt in Judo, have all contributed to his expertise in the art of fighting and fight choreography. Juan began a successful stunt business in the early 1990's along side his 24 year career as a Commander in the police department. During those 24 years, he earned his masters degree in criminal justice, served 16 years in S.W.A.T and earned many instructor certifications in defensive tactics, tactical driving, firearms, explosives, AR15/M16 and sniper to name a few. After retiring from police work, he shifted full gear into the world of Stunts & Special Effects working in many T.V. shows and features such as Miami Vice, CSI Miami, Burn Notice, Bad Boys and Iron Man. From there, utilizing his creative talent and vision, he ended up behind the camera as a writer, producer and director.