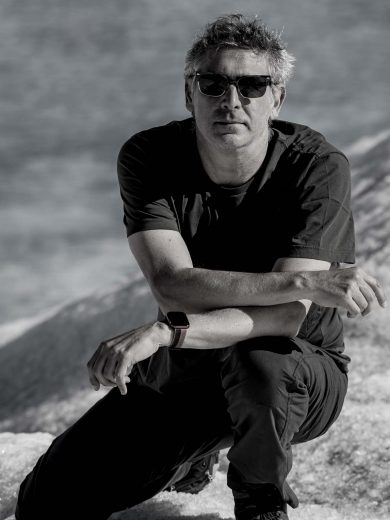 With over 20 years of production experience Oren Stambouli has worked with MTV, Nickelodeon and Xbox.
After taking his first steps with Nick and MTV Latino in the promo department. Oren decides to move to New York where he joined the production team of the daily show "U-pick live" broadcast by Nickelodeon in the United States. In the same he had the opportunity to work with celebrities such as Sandra Bullock, Adam Sandler and Kate Hudson among others.

In 2005 he moved to Los Angeles where he directed his first documentary which took him to Bali, Australia, New Zealand, South Africa, London and which ended in a car ride from Los Angeles to Miami. It had the presence of great celebrities such as Ricardo Montaner, Eli Bravo and Néstor Torres.

In 2008 his career took an unexpected turn when he was contacted by the Xbox Live team to be part of “1vs100” , the first programmatic and massively concurrent game on a video game console which was launched with overwhelming success in Germany, Canada, France, England and the United States.

In 2015 Oren returns to the world of Television as post-production producer of the famous series “Every Witch Way”, “Thalia in The Kitchen” and “WITS Academy” All broadcast on the Nickelodeon Cable channel in the United States. .

In 2017 he became the producer of the series "I Am Frankie" which had 22 episodes and then joined as a producer the youth series "Club 57" which was filmed in Italy and the United States. It had 15 original songs, 8 music videos, a cast of more than 50 people and 100 daily extras.