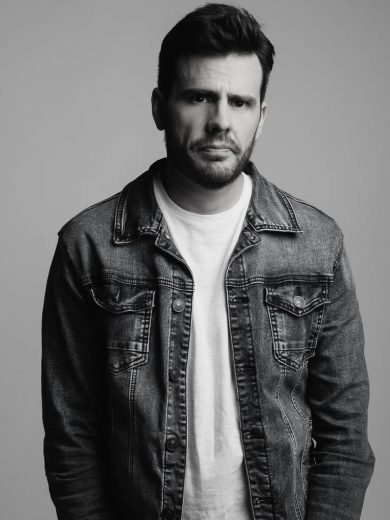 Graduated from the first class of the School of Communications at Universidad Santa Maria in Caracas, Venezuela. In 1999, he won Best Documentary with "Ella Es..." at the III University Congress of Communication Students in Bogotá, Colombia.

While attending college, he also studied at the School of Film and Television in Caracas, Venezuela, where he made the experimental video "Espinoza", part of the official selection at the Expresion en Corto Section of the Guanajuato International Film Festival in 2001.

The international success of his first short film allowed him to produce and shoot in Venezuela the 30-minute short film "Un Gallo y Un Corral", and another fiction short in Spain "Enamorate", shot guerrilla style in the Madrid Subway System. "Enamorate" was selected by the Cine Rail Festival in Paris and got a Special Jury Mention at the Brussels International Film Festival in 2007

That year Alfredo worked as In-Set Editor for Anonimo Studio in Henry Rivero's and Cesar Oropeza's first film "Puras Joyitas" and also directed "Ultimo Fracaso" one of the two 45-minute short films that make up the movie "Bloques" produced by Villa del Cine in Venezuela.

In 2008 he was selected in TNT's reality show Project 48 and films his latest short film "Quedate", which was televised for all of Latin America along a four-episode series of the show.

During 2008 Alfredo ran the very successful monthly short film showcase "Hay Talento en el Bar" that later evolved into "Hay Talento en el Lounge". The event served as a medium for exhibiting the works from local and international new talent and as a gathering place for young Venezuelan filmmakers.

No comments to show.